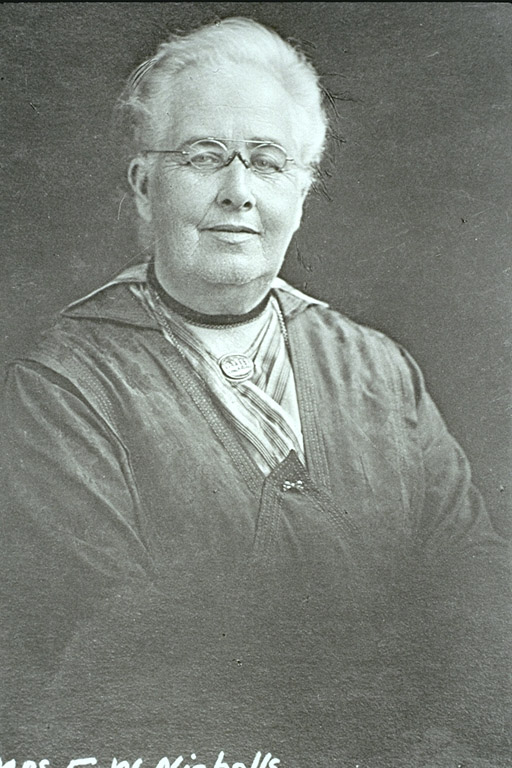 Elizabeth Webb Nicholls was a leader of the Woman's Christian Temperance Union, one of the most prominent organisations in the successful campaigns which made South Australia the first of the Australian colonies to grant women the right to vote in 1894. In 1921 she helped found the Australian Federation of Women Voters which lobbied the new League of Nations on behalf of Australian women.