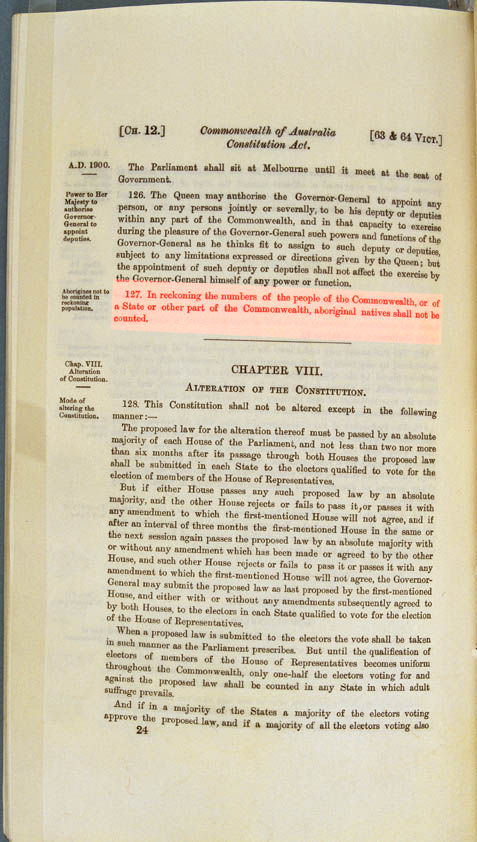 
Source: Constitution Alteration (Aboriginals) Act 1967 (No. 55 of 1967). (NAA: A1559/1, 55/1967)
Effect
The phrase removed from Section 51.xxvi and the repeal of Section 127 eliminated the provisions of the Australian Constitution which discriminated against Aboriginal people. This change was the result of a long campaign by Aboriginal leaders and their supporters, culminating in the 1967 referendum which won strong support in every State. Aboriginal people had won the right to vote in 1962, but those living in the Northern Territory were unable to vote in the referendum � a right denied people in the Northern Territory and Australian Capital Territory until the 1977 Constitutional amendment to Section 128.