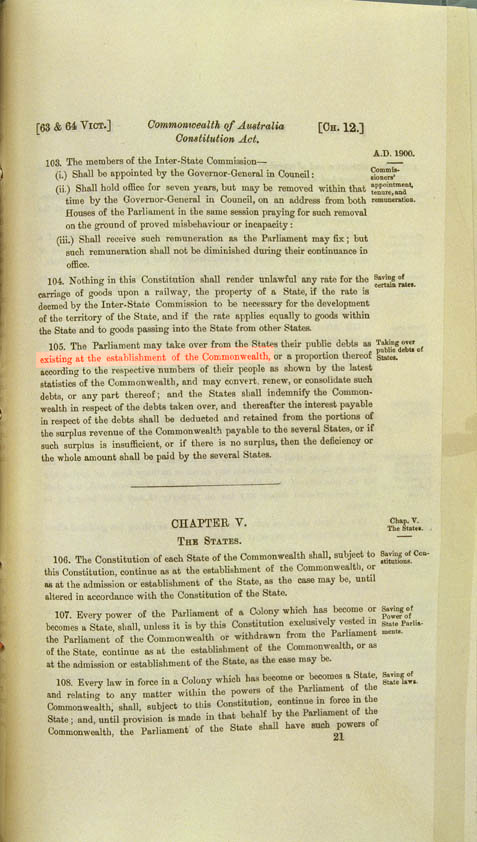 next amendment >
Amendments
After the Referendum in 1909, the Constitution Alteration (State Debts) Act 1909 (enacted on 6 August 1910) made the following alteration to Section 105:


The Parliament may take over from the States their public debts as existing at the establishment of the Commonwealth, or a proportion thereof according to the respective numbers of their people as shown by the latest statistics of the Commonwealth, and may convert, renew, or consolidate such debts, or any part thereof; and the States shall indemnify the Commonwealth in respect of the debts taken over, and thereafter the interest payable in respect of the debts shall be deducted and retained from the portions of the surplus revenue of the Commonwealth payable to the several States, or if such surplus is insufficient, or if there is no surplus, then the deficiency or the whole amount shall be paid by the several States.