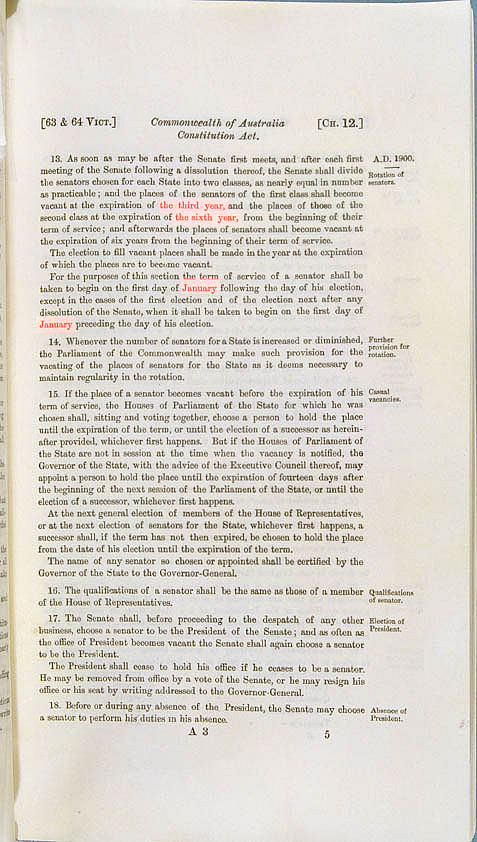 next amendment >
Amendments
After the Referendum on 12 December 1906, the Constitution Alteration (Senate Elections) Act 1906 (enacted on 3 April 1907) made the following alterations to the provision for the rotation of Senators:

The election to fill vacant places shall be made in the year at the expiration of which within one year before the places are to become vacant.

Source: Constitution Alteration (Senate Elections) Act 1906 (No. 1 of 1907). (NAA: A1559/1, 1/1907)
Effect
The minor changes to the wording of Section 13 adjust the timing of Senate elections and the date on which Senators commence their terms of office.